So here we are with less than a week until election day, and the odds of the Trumpocalypse are suddenly looking ominously short. 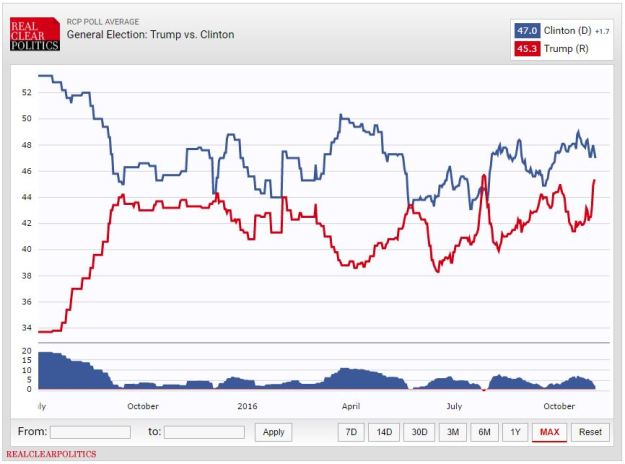 FiveThirtyEight has Trump at a roughly 32% chance of winning, up significantly in the wake of Comey’s momentous ass-covering exercise last week.

The two points in the campaign that saw significant shifts in Hillary’s favour were the Democratic Convention – where the Democrat’s inclusive, optimistic and economically sane platform contrasted sharply with the dark, dystopian acrimony of the Republican Convention – and the first presidential debate – where Hillary wiped the floor with her hapless opponent (mind you, she did seem suspiciously over-prepared – almost like she was applying for a job impacting the lives of hundreds of millions of people).

These were points where voters got a comparatively unadulterated taste of each candidate’s personality and policy agenda. Unfortunately, the fact that the Democrats have presented sensible, detailed policy prescriptions for America’s ills has not been enough to fully overcome Hillary’s inherent weaknesses as a candidate, particularly the popular image of her as callous, calculating and untrustworthy. That vulnerability was on display when she collapsed from pneumonia in September (What’s going on? What’s she hiding?) and again when James Comey announced that the FBI might or might not have found emails pertinent to the FBI’s prior investigation. Innuendo is more than enough when it comes to Hillary Clinton.

So here we are. Will it be enough for Trump to clinch a seemingly unlikely victory?

The ‘no toss-ups’ electoral college map from RealClearPolitics has Hillary winning by a razor-thin margin.

Florida and North Carolina are both exceptionally tight races and certainly too close to call.

If Clinton wins either of these states it’ll be extremely tough for Trump to get up. Florida would make it more or less impossible; North Carolina would leave a window of opportunity, with states like Virginia or Pennsylvania needing to flip in his favour.

Ohio, Iowa, Nevada and Arizona are also close races, and for Trump to win he’ll probably need to carry them all. For this exercise let’s assume he does, as is case on the map above. 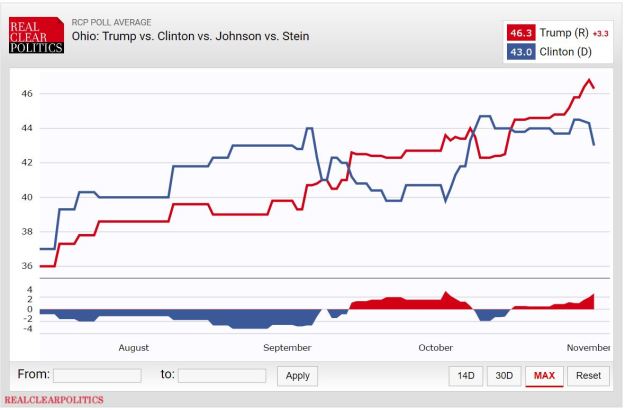 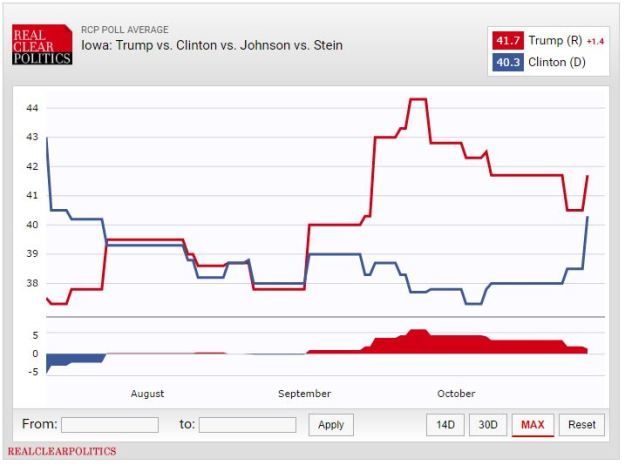 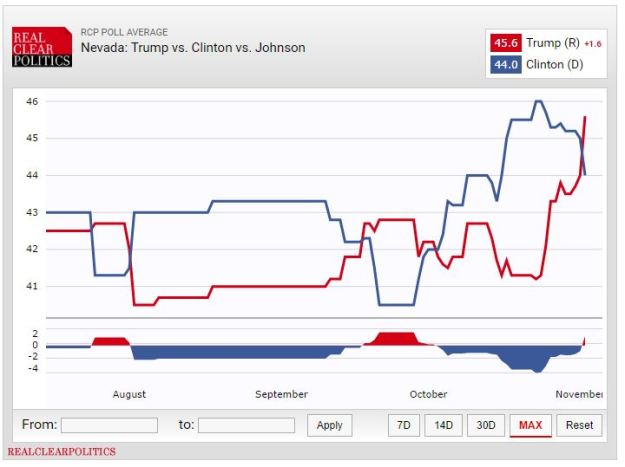 On top of these, Trump will need another 5 electoral college votes. Based purely on polls, the most plausible states that could hand Trump these remaining votes are: 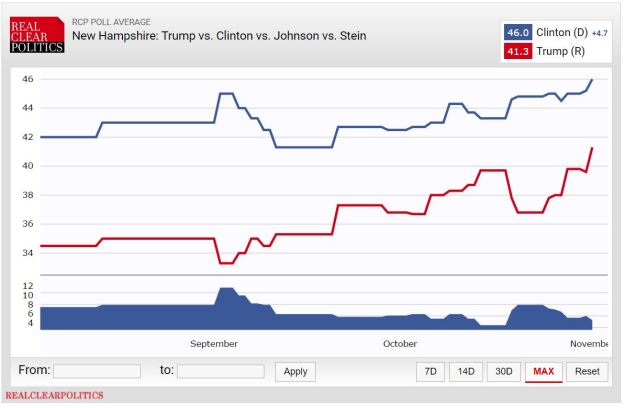 Clinton still holds a reasonable lead across the first three, though they have all tightened in the last fortnight. Colorado is the exception, with the latest poll showing a dead heat. Should North Carolina and Florida go red, the likeliest harbinger of the Trumpocalypse looks to be the Centennial State.