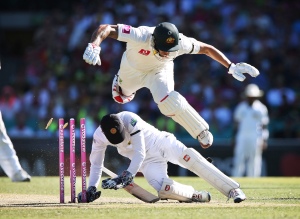 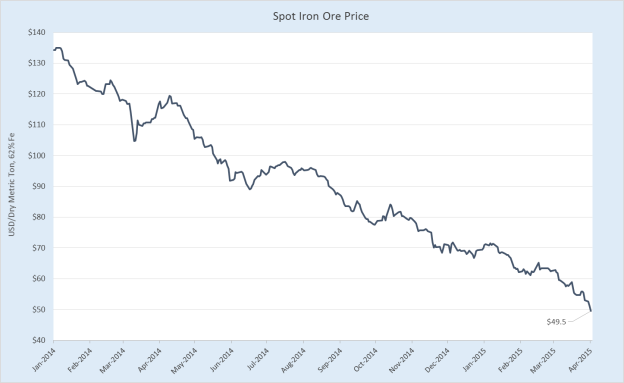 The iron ore crash that so few took seriously is now moving towards its endgame. Australia’s Dog Days have arrived.

But the tragedy-farce is not over yet; there’s still two big projects gearing up this year (h/t DLS):

RIO’s is due to commence production within the next couple months, while Gina’s ore will hit the market in September. And it’s all being dumped upon contracting demand.

We are in the grip of a very severe bust indeed.

For now, however, the impending collapse of Western Australia’s economy is a boon for NSW and Victoria, as it adds to expectations of further rate cuts. Further cuts, in the absence of tough regulatory disincentives, will toss more kerosene on the Sydney and Melbourne property frenzies.

The last cut ushered in a veritable swarm of buying in Sydney. As Domain Group’s chief economist recently put it:

“This is the hottest of hot auction markets ever.”

Obviously this cannot go on indefinitely. The WA export juggernaut is the foundation on which the hyper-financialized East Coast economies rest. Currently there’s a torrent of offshore capital flowing into these markets, so overall conditions are fairly robust. But eventually, without a sustainable, internationally-competitive productive base, bubble economies inevitably unravel. I have my own thoughts on when this might happen and what the triggers might be, but really it’s anyone’s guess.

Chinese iron ore futures have been crushed again today, currently a whisker away from limit down.

Further into the mire we sink…